Our first iOS-compatible token (model reference: “C301-i”) is currently being beta-tested and will start selling in a couple of months.
TOKEN2 started manufacturing and selling programmable hardware tokens back in 2015 and we have been constantly asked questions about iPhone support. So far, our burner apps were available only for Android and Windows, as Apple did not allow using the NFC protocol on their devices, even though the hardware supporting NFC was physically present.

The situation has improved a little bit with the release of iOS v13 when access to more features of coreNFC Developer API was introduced. Unfortunately, we discovered that it is not fully compatible with the NFC chips we are using. As there are little chances that Apple will make an effort to change this to adapt to our NFC chips, we had to do the opposite and develop a new, iOS13 compatible, NFC chip instead.

Our first iOS-compatible token (model reference: “C301-i”) is currently being beta-tested and will start selling in a couple of months.

Important! The iOS app does not work with the previous generations of Token2 programmable tokens. iOS compatible Token2 tokens will have "-i" in the part number, i.e. "C301-i"

All iPhones starting from iPhone 7 support NFC (iPhone 6 and 6S have the required hardware but Apple somehow botched the implementation so it’s not usable to third parties). None of the iPad models has the chip, nor do iPod touch devices.

While the our burner app will most probably work on all devices mentioned above, we were only able to test on the following models so far: iPhone 8, iPhone X, iPhone 11 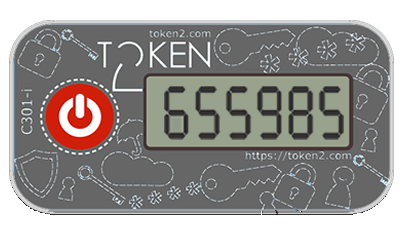