Special Android, iPhone, or Windows applications (i.e. Token2 Burner app) should be used to "burn" the secret hash seeds. The apps require an NFC module to operate. Cross-platform (Python) solution is also available for some models (and coming soon for others). This table below provides a list of the available burner applications or configuration tools for different models of Token2 programmable tokens. The table is interactive: you can choose the token model in the first column, then the platform in the second column to see if the combination is supported.

Android devices should be equipped with an NFC chip. iPhone apps are compatible with models newer than iPhone 7 and with iOS v13 or higher.  Windows application will require an external USB NFC reader or a built-in NFC module (existing on some models of modern laptops). So far the application has only been tested under Windows 10 and Windows 8 64 bit. Python-based NFC Burner script (token2_config.py) requires the PN533-chip based NFC Writer device.

No additional device, driver nor any other installation is needed. USB cable is supplied (USB-A to micro-USB port), any standard USB cable can be used (with data support). For computers without USB-A ports, USB-Type-C adapters can be used.

Some devices (including some models of Android phones, such as Nexus and Pixels, some versions of ACR122 USB module) may have issues with NFC link stability, so please be patient when performing these operations. Read this article explaining the NFC link stability issues

FIDO2 Keys can be managed and configured using standard operating systems tools. In addition, we have our own tools to manage the FIDO settings and some additional features

If you are using macOS or Linux, you can manage your FIDO2 keys using the tools integrated into the latest Chromium based browsers, such as Google Chrome (starting from v80).

The FIDO2 USB Security keys are not standalone TOTP tokens:  TOTP functionality of our FIDO2 keys is limited and requires an additional device (i.e. a PC, Android phone or iPhone)  to run the companion app. The key in this case is only used as secure storage for the TOTP seeds. If you need a fully standalone TOTP token, it is recommended to use our programmable tokens instead.

TOKEN2 Companion app is a tool to leverage the use of TOKEN2 FIDO2 security keys (second-generation only, T2F2-ALU, and T2F2-NFC) beyond classic U2F and standard FIDO2/WebAuthn functionality. The app enables you to set and use TOTP profiles on a computer or on an Android device (NFC or USB/OTG) as well as iOS (with NFC only). The guides are available below: 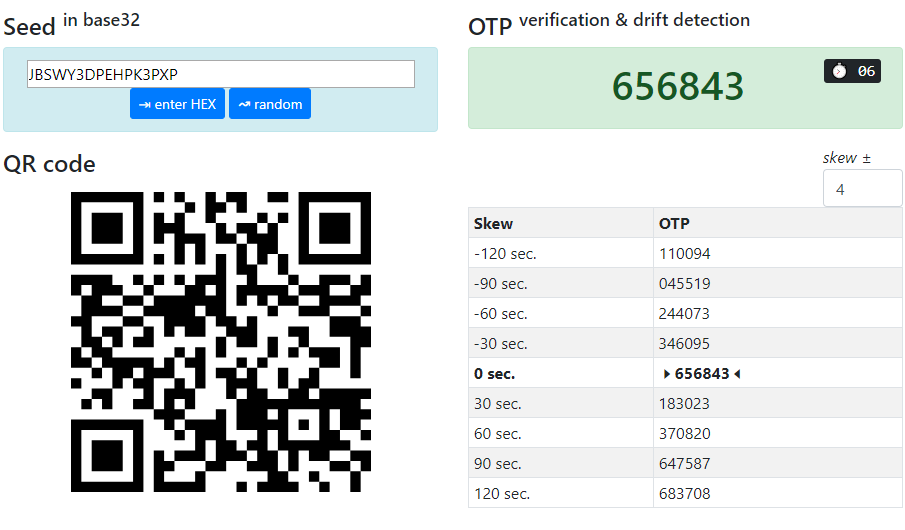 This open-source toolset can be used to emulate a hardware token and as to perform OTP verification and drift detection. It can also be used to generate random seeds for programmable tokens and record generated data as CSV file for Azure MFA as described here.
The source code of Token2 TOTP Toolset is available under our GitHub repository. You can also use the hosted version.

This tool is created as a command-line emulator of Token2 hardware tokens. It can generate any combination of 6 or 8 digits OTP, with 30 or 60 seconds interval, with SHA1 or SHA256 secret keys. Click here for more information and download.

A powershell script to convert files containing TOTP seeds(secrets) from base32 format to hex. The main use case is to convert Azure MFA CSV file to DUO-Compatible TOTP Import file